There’s something immensely satisfying about watching someone transform a ruined old object and make it look brand new. I’ve spent more time watching restoration videos than I’d like to admit, with everything from old battered muscle cars to military rifles. So when I came over Car detailing simulator and looked at some of the screenshots, I knew I had to give it a try! But is this game a fresh coat of paint for car fans or a flat tire?

The story in Car detailing simulator is presented via animated comic book-like images, although what it shows often doesn’t make much sense. The opening scene shows an award ceremony for… the most beautiful car I think? You’ll then be sent off to complete a tutorial before opening your own garage, with a bit of narration popping up occasionally to keep the progress flowing. It’s weird and pretty nonsensical at times, but it serves as a means for you to unlock new garages and progress through the game, so at least that’s something.

Car detailing simulator looks good, especially at maximum settings; Each car – once immaculate – looks stunning and reflects the lighting beautifully. This is most noticeable in Photo mode, an optional area where you can take snapshots of finished cars to place on a scoreboard in your garage, where you can play around with a range of settings and filters to get the perfect picture to obtain. Even the environments offered more detail than I expected, the variety of garages and showrooms is unique and looks realistic. It’s not all smooth, however, as I found the framerate to dip and on rare occasions a serious lag. It was quickly fixed with a reboot, but it was a nuisance considering there’s never enough happening on screen to cause those drips.

I wasn’t that impressed with the audio, however. While the hum of a polishing machine or the scratching of a wire brush all sound good, the music really got on my nerves after a short while. Of course, this is easily remedied by muting it in the sound options and playing your own tunes, but I couldn’t stand the generic-sounding folksy rock that loops for very long.

They are contacted by clients with requests such as cleaning dusty headlights, reupholstering car interiors, and fully cleaning and servicing a car that looks like it’s just been driven through a desert. Not every job has the same responsibilities, making the game less monotonous, and with an upgradeable set of tools, you’ll constantly discover new facets of gameplay. Each completed request grants you some cash (used to buy new cleaning tools, upgrade your garage, buy new showrooms, etc.) and experience points, which unlock more items for purchase as you level up. Eventually you will even be able to buy cars from an auction and after giving them a touch up you can resell them for huge profits so you can rake in the money to buy all the upgrades much faster. 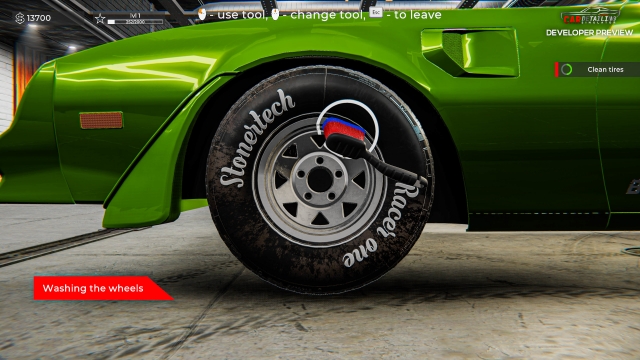 As for the actual tasks that you need to complete, they’re actually quite a lot of fun! i am a giant PowerWash simulator Fan, so I immediately drew comparisons to this oh-so-satisfying title. Most requests require you to soap a vehicle before spraying it clean, and things only expand from here as you buy more tools to take on new jobs. Tire cleaning shouldn’t be this satisfying, and it’s certainly more fun than in real life! Each task can be simplified as follows: choose the right toolbox, use each of the tools in turn to complete each section of the checklist, wait until the parts you are cleaning turn green, rinse (literally in some cases ) , and repeat. Luckily, you won’t get stuck trying to find that last little speck of dirt, as one click will light up all the missing spots in red, allowing you to quickly polish it. Unless the car you’re detailing is also red; These cars meant that it took me much longer than normal to find every last bit of dirt. Red on red is not easy to distinguish!

There’s a surprising variety when it comes to vehicles too, with a huge number of different cars to scrub through: from vintage pickup trucks to American muscle cars that Dominic Toretto would proudly call family; The selection of models based on real automobiles is impressive. Eventually they start to get repetitive but the tasks on each car are different so in the end it’s enough to keep you entertained. 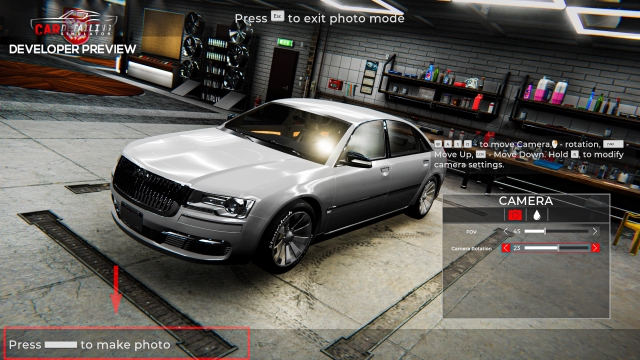 I enjoyed my time playing Car detailing simulator, and spent a lot longer on it than I initially expected. With a satisfying gameplay loop and enough incentive to keep playing, each car became an affair of the heart as I turned them from scrap heaps into mechanical works of art. Although the repetitive and generic tone and slight graphical blemishes were minor annoyances, I often found myself saying “just one more car” before sprucing up at least two or three more.

Tags: as, cars, cleaning, everyone, more, satisfying, simulator, some, Tool, your